The 5th VEX Robotics Tournament, which was included in the Guiness Book of Records as the 'biggest robot competition' in the world and in which more than 20 thousand teams in 45 countries worldwide participated, was hosted by Nişantaşı University.

In the competition held at the University's Maslak campus, the teams made an effort to qualify for the world championship that will be held in America. The students also had the opportunity to apply the robotic, coding and artificial intelligence trainings they received in their schools through the competition.

By telling that the teams that will be champion in the tournament's Turkey leg will qualify for the world championships in the United States, Partner of the Educat Robotix Event and Education Coordinator Cinar Yağcıoğlu said, "Our competition is at primary and secondary school level. After this tournament, there will be the Turkey championship. Our champion teams in the competition will represent Turkey at the world championships which will be held in the United States. Previously, two of our teams was awarded at the VEX Robotics World Championship secondary school level. We had also teams that was awarded in high school level". 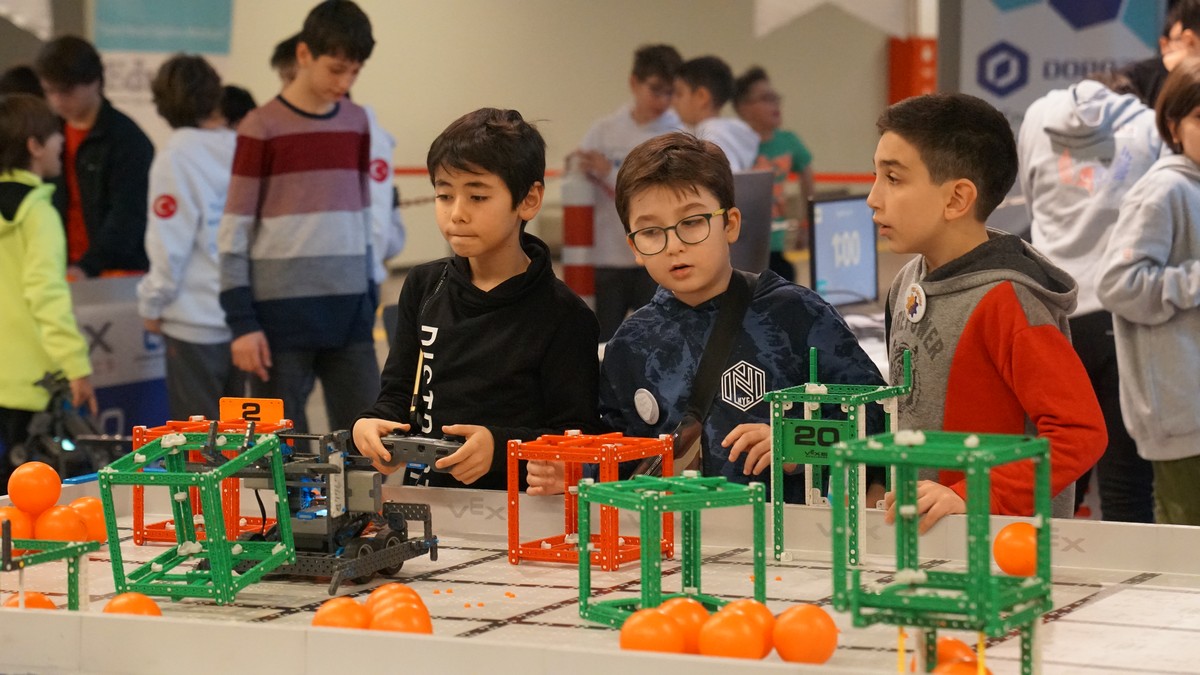 THEY LEARN STRUGGLING WITH FRIENDSHIP

By stating that they aim to teach the students to be a team and develop their strategies outside the core courses with the competition, Çınar Yağcıoğlu told; "We have 45 teams and 600 students here. Our aim is to enable students to learn the struggle for friendship, to be alliances together, to develop strategies, to develop their mechanical and robotic skills while enjoying it. Our goal is to combine knowledge and skills in the fields of science and technology, engineering and mathematics. Indeed, with this information, we are giving trainings to code their robots to participate in tournaments."

"THIS KIND OF TOURNAMENTS ARE MOTIVATING OUR STUDENTS"

By stating that robotics and artificial intelligence are recently added to the system in Turkey and the trainings related to this issue is given to the teachers in the national education directorates of districts, Yağcıoğlu told, "Our private school has added these programs to their curriculum very quickly. We have a system in schools that we consolidate VEX robotics robot-like sets and the tournament. With such tournaments, we are increasing the motivation of our children and we are working towards implementation.". 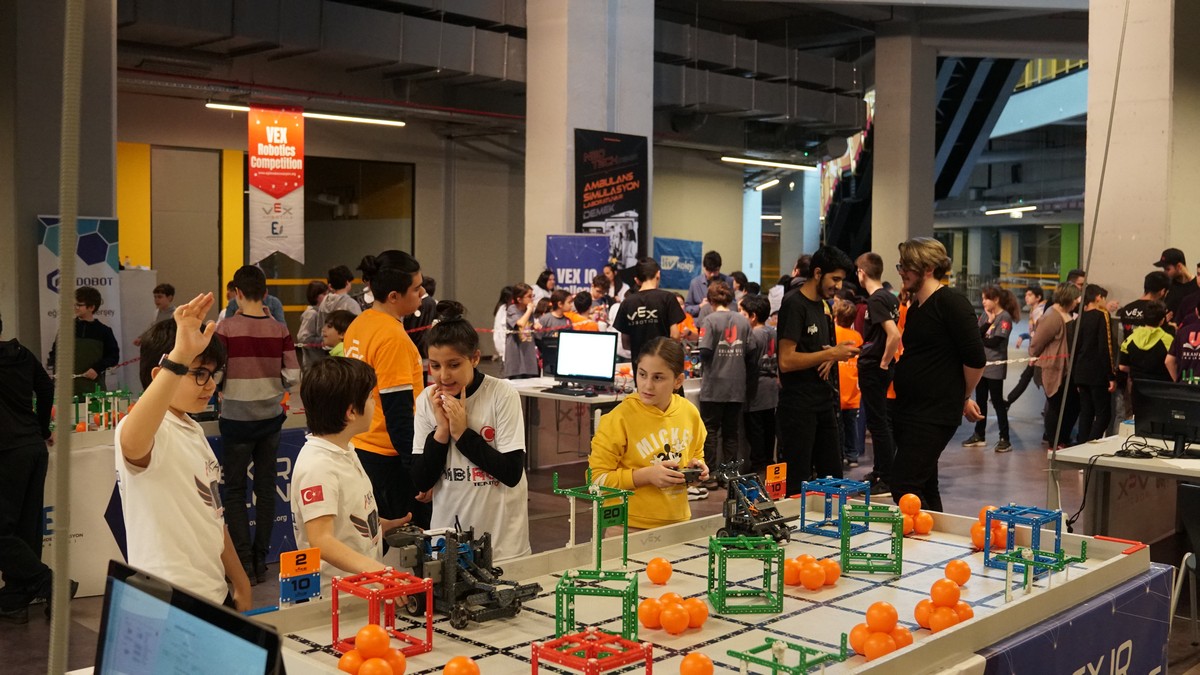 By stating that the teams prepared for the tournament should first think and then implement, Yağcıoğlu explained, "The trainings enable our students to think algorithmically. They develop their problem-solving skills. The students analyze, think, draw the problems first and then design and implement the solutions with these trainings,"