Nişantaşı University signed the “National Air Traffic Control Simulator (AtcTRsim)” agreement developed in cooperation with the State Airports Authority (DHMİ) and TÜBİTAK. Air traffic control simulator where its aim is to give the students advanced training will take place for the first time in a foundation university of Turkey.

By speaking at the signing ceremony with the participation of HAVELSAN authorities, Nişantaşı University Rector Prof. Dr. Esra Hatipoğlu stated that the project is very important for them and said, “Our students took part in this project with us. We will do our best as well in the future to make our students very successful in this sector with the great contributions of HAVELSAN. These are the issues that require training to be implemented in a practical manner. Therefore, I believe that our students will be very successful in this sector and in this field. "I hope that the cooperation protocol we have made will provide great benefits for both parties."

“WE ARE ALWAYS TRYING TO GIVE THE UNIVERSITIES A BACK”

HAVELSAN R&D and Technology Director Assoc. Prof. Dr. İzzettin Gökhan Özbilgin stated that they are always a company that believes in university and industry unity. Özbilgin said, “We always try to be with our universities. Simulation and modeling is a very important issue, especially in the aviation field. It is one of the most important fields of activity of HAVELSAN. Thus, Nişantaşı University has led the way. A university has acquired a simulator for advanced air traffic control in such a large scope. I hope our young people who will be educated here will be in very important places in the aviation sector of the future.”

“I BELIEVE THAT WELL TRAINED AIR CONTROLLERS WILL ARISE”

In his speech, HAVELSAN Program Director İsmail Erdoğan emphasized that there will be well-trained air controllers and said, “Our simulator ensures that air traffic controllers receive training in a way that reflects the applications in real equipment. A system that fully simulates air and ground traffic at airports related to the visual system. I wish success to all students. I wish it would be beneficial to train beautiful and well-trained air traffic controllers”.

HAVELSAN officials visited the laboratories in the university after the signing ceremony.

AtcTRsim is the retroreflective 360 degrees aerodrome control simulator in Turkey for the first time, it has approaching/path control radar simulator and 360 degree visuals and 3D modeling of Istanbul Atatürk, Antalya, Ankara Esenboğa and Erzincan Airports is available in the system. The visualization also includes special effects such as explosion, wind effect, and aircraft collision that may occur within the square fence. 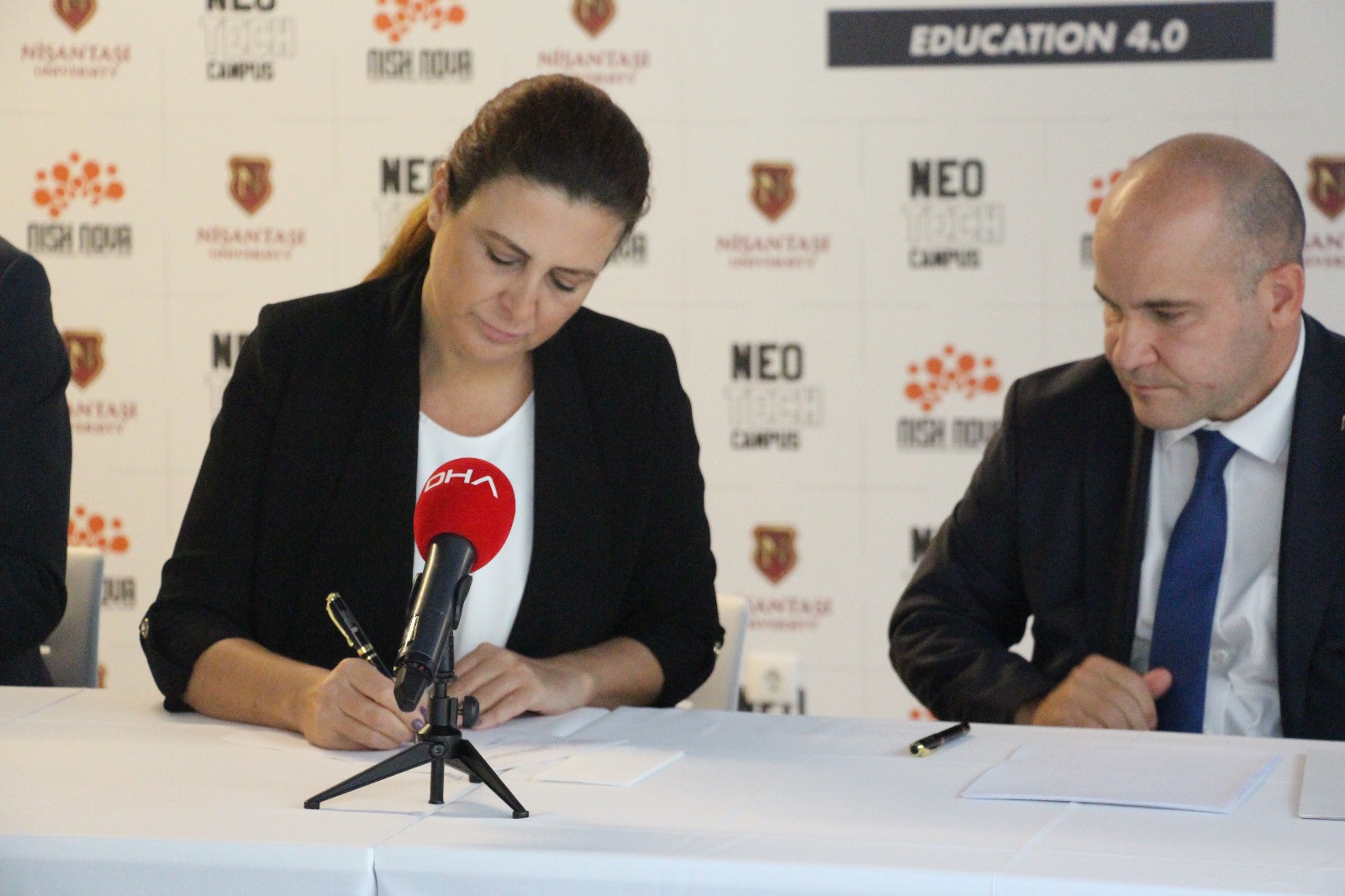