Graduation ceremony for Nişantaşı University 2018-2019 Academic Year was held on Tuesday, 24 September 2019 at Vadi Açıkhava with great enthusiasm. Along with students, faculty members, parents, and many sector representatives were also present at the graduation ceremony.

Graduating students were invited to the stage along with heads of the relevant departments during the ceremony, which started at Vadi Açıkhava at 11:00. Students took their places following the photo shoot and Hande İmdat, Student’s Council President, gave the first speech. Stating in his speech that she will take the external transfer exam to start an undergraduate program again in Nişantaşı University, İmdat mentioned how proud she is. İmdat concluded her speech by wishing luck to her fellow graduates, after which Prof.  Dr. Şenay Yalçın, the Rector of Nişantaşı University, was invited to the stage with applause.

Prof. Dr. Şenay Yalçın: “You are guardians of our Republic.”

“You are guardians of our Republic. May you never lose your commitment to the Republic of Turkey, the society to which you belong, your adherence to our national and moral values, and your love and respect for humanity, your family, and yourself.  I have full faith in you.’’ 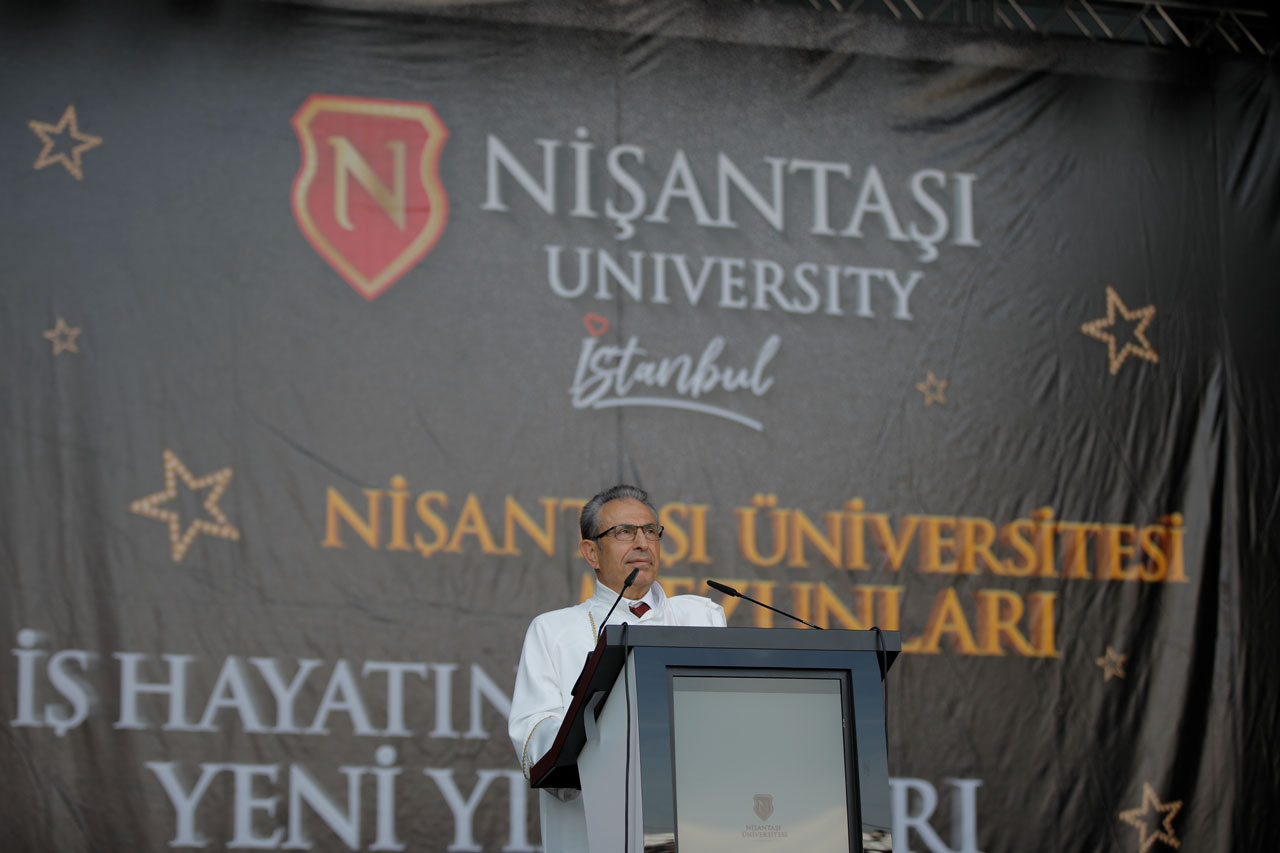 Following the speech by Prof. Dr. Şenay Yalçın, the Rector of Nişantaşı University, honors students were invited to the stage to receive their awards. In his speech to his fellow graduates given after the award ceremony, Ümit Kökalp, a Civil Aviation Transportation Management student who was the valedictorian of the Vocational School, talked about the quality of education he received, and said that he would carry his identity as a graduate of Vocational School of Nişantaşı University in his professional life with pride. The Valedictorian: Mine Gürleyen, with Brittle Bones Disease

At the end of the ceremony, all graduate students and parents gave a standing ovation after Mine Gürleyen was announced as the valedictorian. In her speech, Ms. Gürleyen who was born with brittle bones disease, described the difficulties she faced during her education due to her illness until she went to the university. Mine’s story touched hearts while some guests could not hold back their tears. 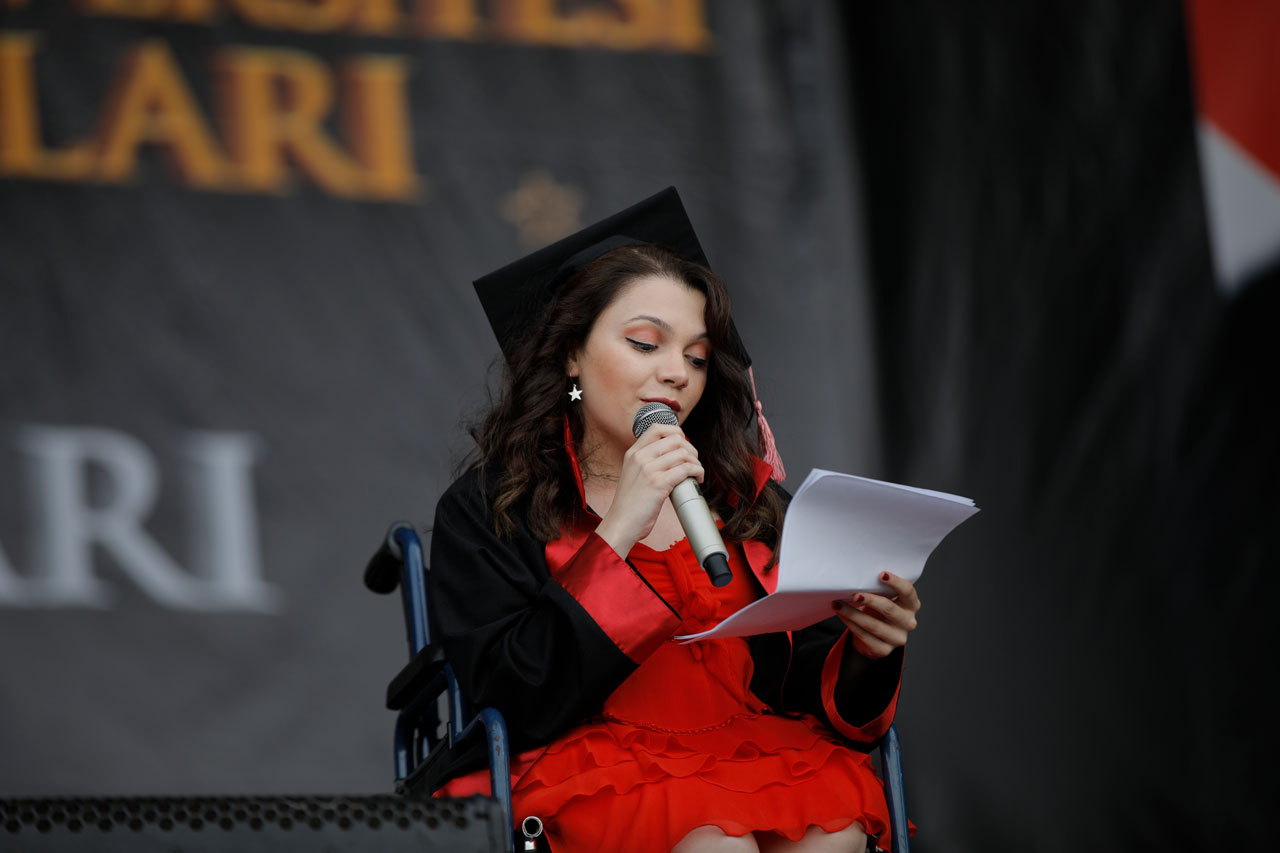 Ms. Gürleyen, the valedictorian of 2018-2019 Academic Year at Nişantaşı University, ended her speech by saying “Whichever life you live in, definitely believe in it. Never stop believing. Believe in yourself and your dreams.” Students gave a standing ovation after Mine’s speech. The graduation ceremony ended after students repeated the graduation oath and threw their caps into the air in enthusiasm. 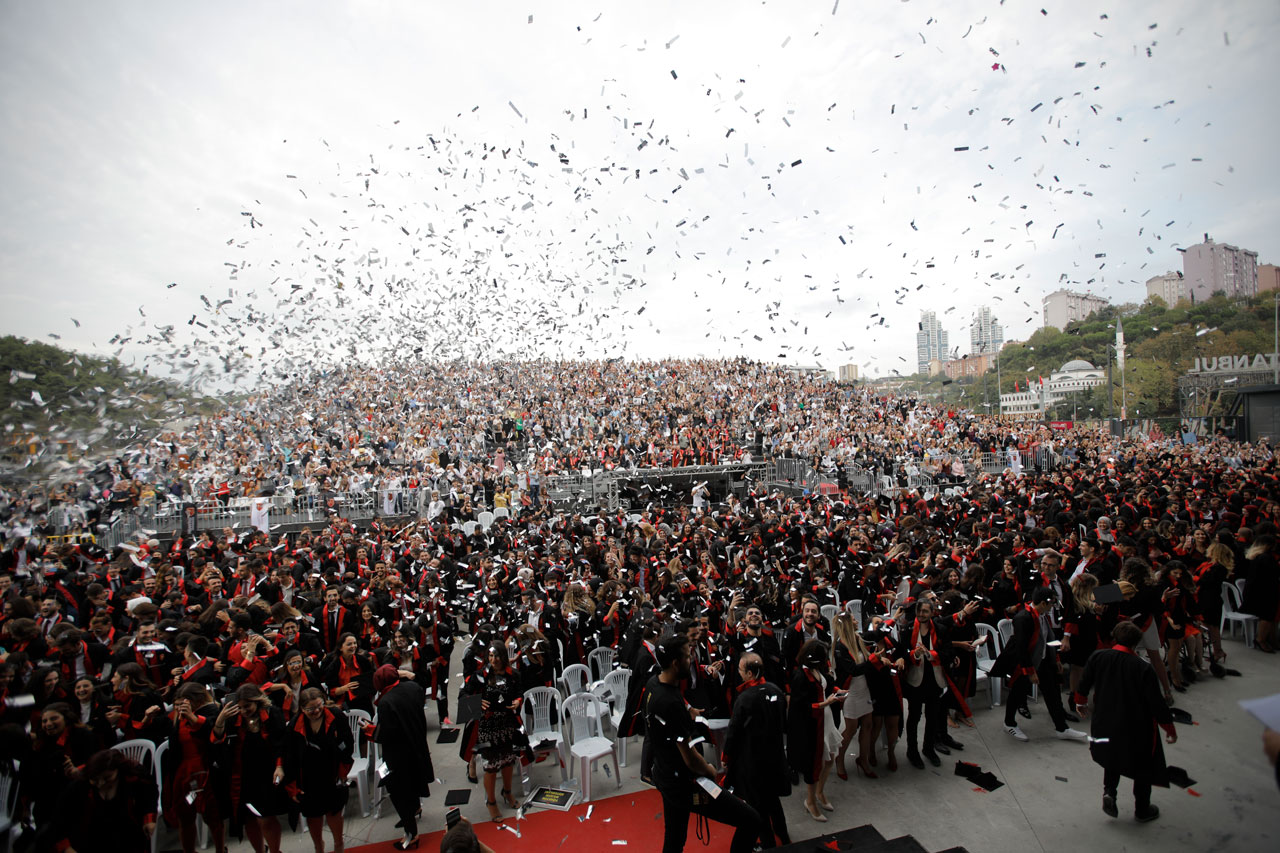 After Nişantaşı University 2018-2019 Academic Year Graduation Ceremony, Simge Sağın, the beloved pop star known for her popular songs such as Öpücem, Aşkın Olayım, and Yankı, took the stage in front of new graduates of Nişantaşı University at 20:00 following preparations in Vadistanbul outdoor concert area. Stating before the concert that she really enjoyed being with young people, Sağın continued, “Graduation concerts are more positive and fun compared to other concerts.  Fun at the stage intensifies along as the feeling of graduation is displayed. That’s why, they are quite entertaining.” 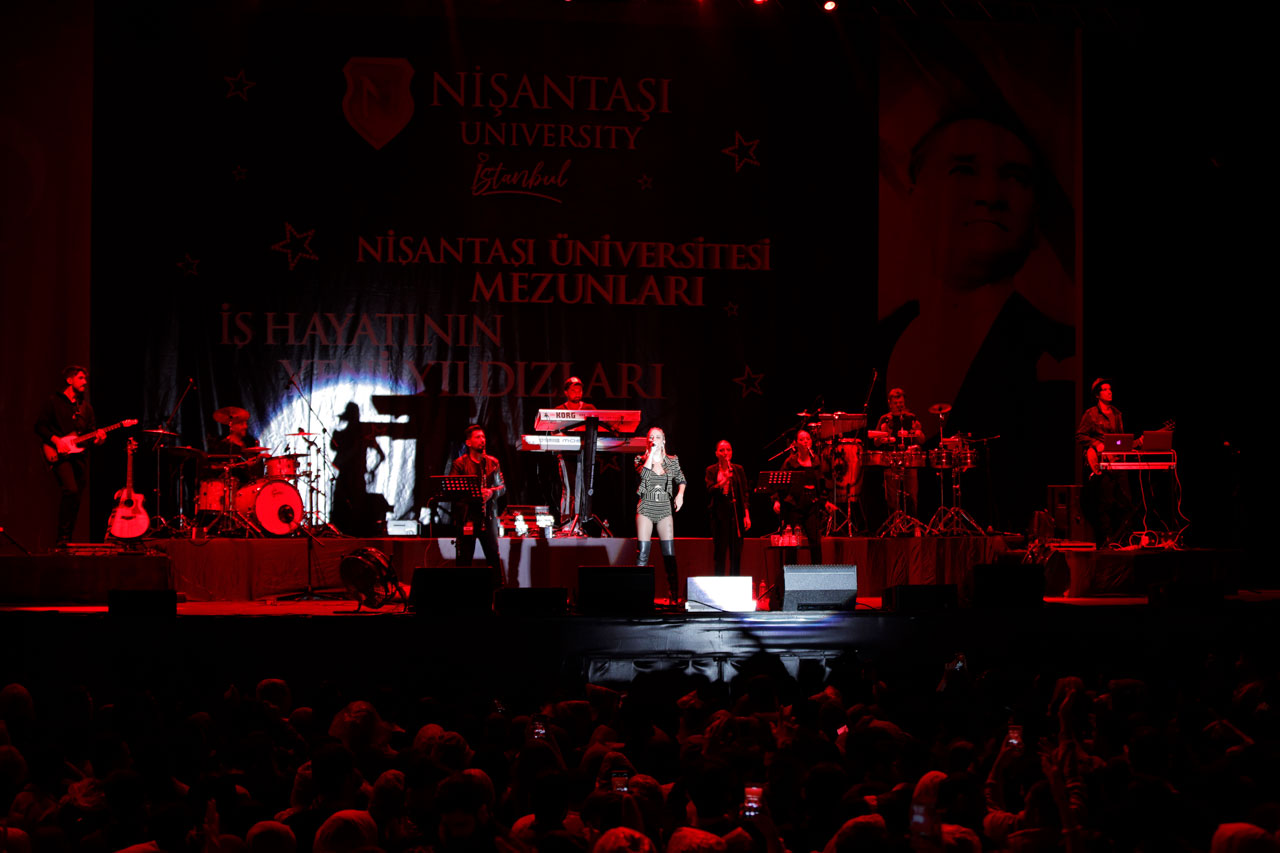