TECH DRONE LEAGUE AT THE 1st STAGE OF THE RACE

THE WORLD RECORD WILL BE BROKEN IN FORUM ISTANBUL WITH 200.000 VIEWERS

TDL Drone Races League 1st Stage Race, which consists of 4 stage in total, was organized by Tech Drone League that was founded in 2016 and TDL Drone Sports Club, and with the approval of Turkey's Air Sports Federation, and realized with the support of the Nisantaşı University starts at Forum Istanbul on June 16-17, 2018.

The drone races, which are shown as rivals to Formula 1 worldwide, are spreading rapidly. Pilots will enjoy an exciting race with their quad drones, FPV (First Person View) and special radio controls. The pilots, who watch the image of the camera on the drones departing from a designated area with their glasses, will struggle fiercely to complete the specially designed track as soon as possible.

While the image on the pilot's glasses is given on the screens, the audience will be experiencing the same excitement as the pilots.

2 COLORFUL AND FAST DAY ON FATHER’S DAY AND BAIRAM 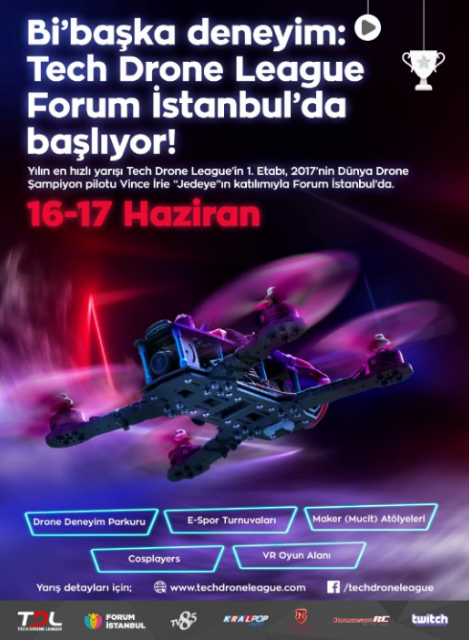 A difficult track excitement decorated with special obstacles spread over Forum Istanbul is added to the speeds of the drones, which can reach a speed of 0 to 200 km in 1.5 seconds. Pilots, like their drone, are accelerating day by day.

World-famous professional drone racing pilot Vince Irie / Jedeye FPV is once again visiting our country for Tech Drone League races after 2017. Jedeye is also one of the finalists of the Voice of Holland competition program broadcast in the Netherlands. You should be prepared for surprises on racetrack and stage from Jedeye who is a funny character. 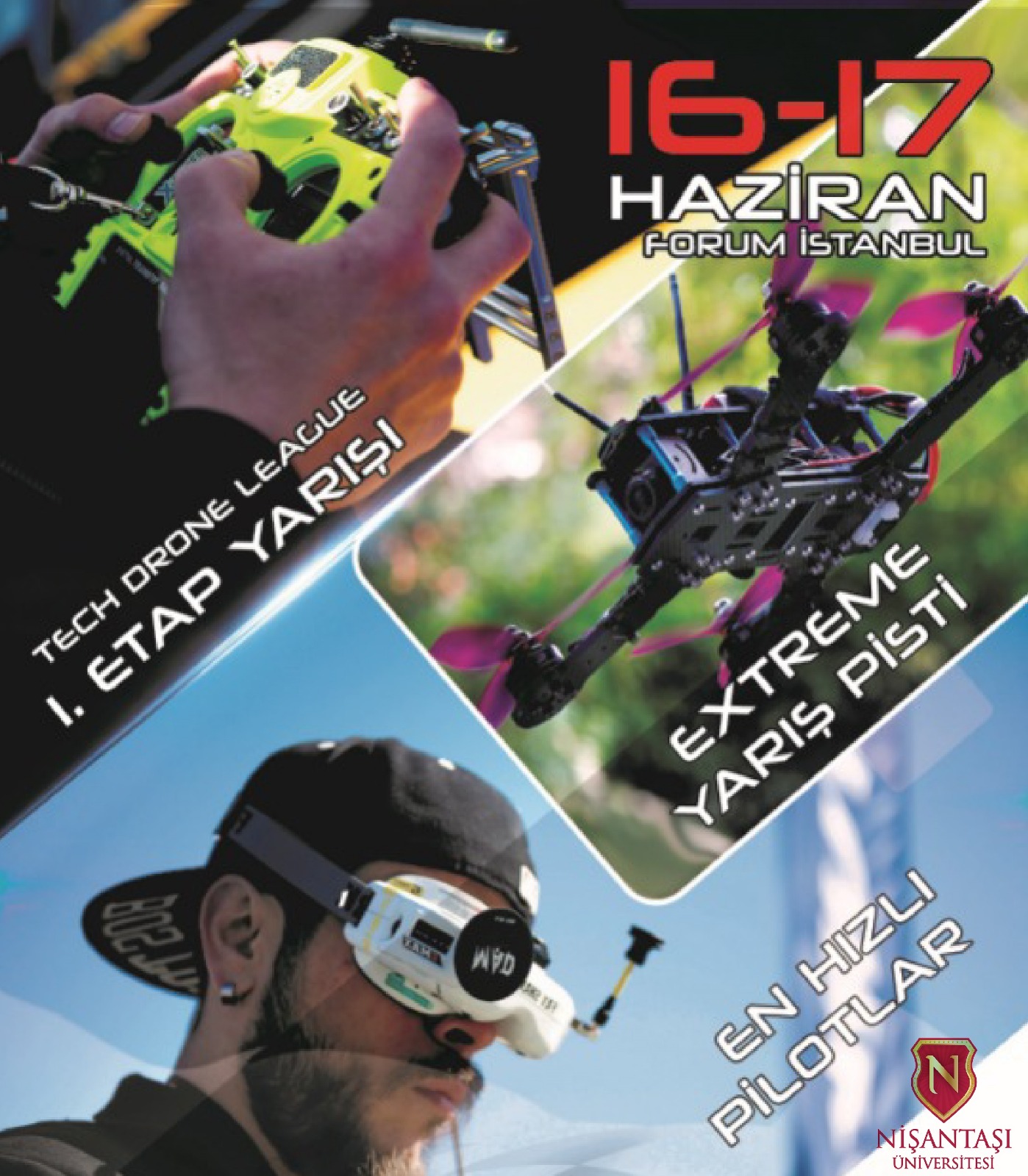 Track: Training tracks open to public to be created with local administrations

Our Association of TDL Drone Sports Club has the authority to grant license to drone pilots who are qualified.

THE PROFESSION OF THE FUTURE DRONE PILOT

In addition to the e-sports tournaments and United Drone Races (infrastructure league of universities, schools and clubs) that TDL will launch in 2018, TDL will perform 4 stage races.

In addition, Drone Do it Yourself and FPV (First Person View) flight training is started at the first TDL Store / Academy opened in Nişantaşı University Maslak 1453 NeoTech Campus.

In 2019 season, R&D studies have been started with our Nish Partner, Nişantaşı University, for the pilots to fly with TDL drones, and for the production of synchronous drone flight shows.

TDL, OUR TELEVISION PROGRAMS ON TV8,5

This year, as in the previous year, TDL stage races will be broadcast on TV8,5 as a 60-minute TV program with the promotion support of TV8 & TV8,5.

The league, which have a total of 10 stages, the United Drone Races races will be broadcasted on TV8.5, as a total of 3 TV programs for 20 minutes.

For Detailed Information and Images;